Pictured: My son not wanting to share his pumpkin.

Every weekday morning before preschool, like millions of other American kids, I sat on our livingroom floor and watched Mr. Rogers on the family television. He taught me that I was special, and he taught me to be kind. His show, Mr. Rogers Neighborhood inspired children to have a generous heart, to learn about our world with an open mind, and to take care of our neighbors. The recent documentary about the real Mr. Rogers has sparked renewed interest in his life’s work, and it’s given us all a mirror to the values that shaped our generation.

As a Jewish child many of these values were echoed by my Rabbis and Jewish educators. Each Friday at Jewish day school we collected tzedakah and we learned about a different mitzvah of the week. Often these were themed by principle Jewish components like gimilut chasadim (acts of loving kindness) or tikun olam (repairing the world). The highest aspiration for our evolving identities was to become a tzadik in adulthood, a righteous individual, or in more common Yiddish – a mensh!

But in today’s reality, it’s often the bully who gets to the head of the class, the front of the boardroom and sometimes, even to his own desk in the Oval Office. I am acutely aware of this contradiction in my values vs. my cynicism because – I have a two year old. It seems most toddlers don’t like to share and that this is a typical age appropriate developmental milestone. When we’re at the park or on a playdate I’m constantly reminding him to “take turns” and “share”, but should he really give up what he wants to play with for the sake of another?

If he cries and stands up for his self-interest in holding onto his treasure of the moment, he sometimes wins. Sure it’s not a win win, because of course the other child loses, but it’s a win for him. And why should he have to sacrifice his truck or train? Shouldn’t I rather teach him to defend his personal interests?

When I was in business school I had group work in every class and I hated it. I am a naturally bossy person who always assumes I can do it all on my own and I felt having to work in a group was just extra unnecessary effort. I learned to get along and play nice and in hindsight it served me well in the workplace. But do you know who does best in the competitive reality of most executive office settings? Those who can play nice with their peers but make themselves look best to their boss, those who can naturally claim ideas as their own in a meeting and speak of accomplishments in a way that highlights their own contributions. Sometimes I wonder if I’d have more competitive confidence in adulthood if I watched more Nickelodeon and less Mr. Rogers growing up.

I’m not ready to abandon the values I was raised with, the ones supported by my Jewish belief system just yet…but I do worry about the dwindling role models for my son in politics, in business, and in celebrity culture who live a successful life and are good neighbors to those around them.

Hostile antisemitism and anti-Israel fueled hate is again being used to destroy innocent people’s lives. Please storm the Heavens with your prayers, prayers so strong that Rabbi Charlie and the other victims can feel them. So that they may know they are not alone. Psalms 142.
What is the #Jewish holiday of #TuBishvat and how is it celebrated? Swipe ➡️ to see 🍃🌳🌿☘️🌱The birthday of the trees is one of our most beautiful and sacred reminders of our physical and spiritual connection to the environment which sustains us. Tu Bishvat is a day to nurture that relationship. The holiday begins this Sunday night and lasts for one day.
Shabbat Sha-TuBishvat Shalom 💐! The Jewish holiday of #TuBishvat is this weekend and we’re starting our Shabbat celebration by bringing in gorgeous dried fruit 🍎🍊🍋🍒🍇🍉🍓🍑🍈🍌🍐🍍to awaken our senses and remind us of our connection to the trees. Tu Bishvat is a time to reconnect with the natural world that sustains us. Wishing you all a #Shabbat Shalom and a Tu Bishvat Sameach!
I (attempted!) to recreate my grandmother’s kneidlach and schmaltz recipe from scratch this week! Why?? I honestly have no idea. I think I just missed her and making her food makes me feel close to her. Growing up she lived in South Africa but somehow her presence transcended the many thousands of miles that kept us apart throughout most of the year and I always felt very close to her. Although she passed away over a decade ago I still think about her almost daily. Sometimes I even Google map her old apartment in Johannesburg as a way of visiting my best memories of her…grief is funny like that. Anyways the full recipe details as well as my attempt at them is up on my YouTube channel now but below is the measurements and instructions. I’d love to hear what recipes bring back the strongest memories for you?
Do you guys remember the show ‘Supernanny’?? We all believed that she was such an expert…but if you watch the show now some of her techniques are borderline abusive (her picky eater approach for example is 😬). The truth is anyone can call themselves an expert and it’s a reminder about who to really trust with something as precious as the relationship you have with your child.
Even to the most religious among us, the #Sabbath doesn’t just arrive, it must be welcomed and invited in. I always get asked a version of the same question - HOW can I find the Shabbat feeling when I’m just not feeling it? How can I experience Shabbat in my home, in my soul, in my family when all these obstacles are around me?⁣

A JEWISH WOMAN REACTS TO UNORTHODOX ON NETFLIX!

From conception to birth, Expecting Jewish! is a how-to guide that focuses on preparing for motherhood from a Jewish perspective. It covers everything from the practicalities of planning a bris to the mysticism of the mikvah. The book shares an unfiltered perspective on what to really expect during this stage of life, with advice from real moms who have lived through it. Interviews from rabbis and social media game-changers in the Jewish community also offer insight on what’s trending and what’s changing for Jewish women today when it comes to motherhood. 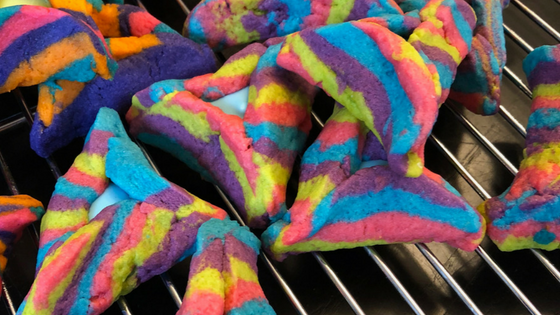 Ideas for hosting your own Passover seder as well as Peach recipes and ideas!